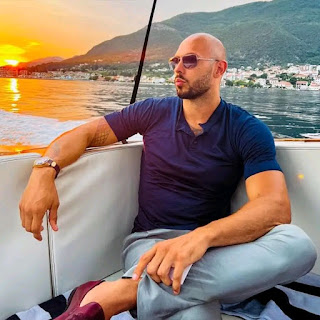 Emory Andrew Tate III, known to his fans as “Top G,” is a 35-five-year-old British-American former kickboxer who has become well-known for his Internet personality. His messages resonate with younger men and often revolve around wealth, careers, women, and dating. His advice, which often encourages men to be with women simply for their status and beauty, has gained him popularity and led to much controversy. Despite his often outlandish claims about women, only few of them are valid.

Men and women have unique strengths and weaknesses. For example, a man should protect and lead the relationship while his wife advises him. This is part of our innate biology, but modern-day feminists, who continue to make provenly false claims that there is a gender wage gap, condone single motherhood and discouragement of masculinity.

Therefore, Mr. Tate’s statement that “the most dangerous men on Earth are the Weak men” is far from outlandish. There must be an abundant supply of strong men for society to function correctly. And it is true that teaching men to be weak and emotionally driven leads to disastrous societal ramifications regarding crime and violence, particularly in young men. Growing and wielding the physical strength men have been gifted, which society has failed to produce and has even discouraged, will benefit a strong family unit. However, Mr. Tate has some flawed views, especially regarding dating.

In an episode clip of Stand Out TV, he stated that “there is nothing intriguingly wrong with women doing only fans,” as long as he gets some of that money. Further, he revealed that within a relationship, he believes that a woman belongs to the man and everything that he profits from, especially things of sexual nature. However, this is an erroneous claim because he disregards the sanctification of sexuality and the private purpose of that unique bond within the confines of marriage. Allowing your spouse to sell their bodies to someone else as meat is disordered and abominable.

Mr. Tate’s endorsement of polygamy is also problematic. In the podcast on the YMH clip with Tom Segura and Cristina P,  he states that “Every single king, sultan, and shake since the dawn of human time had multiple women. Men are allowed, multiple women… under the will of God, I can walk and have ten wives behind me. It’s perfectly acceptable”. However, a 2020 study from the University of British Columbia revealed that polygamous societies have “contributed to higher levels of crime, violence, poverty, and gender inequality than in societies which institutionalize monogamous marriage.” This is because the family unit is ruined, disregarding the idea of a mother and a father and encouraging a man to be with many women. Thus, children have a higher likelihood of being neglected by their fathers.

Mr. Tate is incorrect, as God has not willed it. Christ performs the perfect union in Matthew 9:3: “a man shall leave his father and his mother and be joined to his wife, and the two shall become one flesh…the one who is able to accept this, let him accept it.” Abraham, Jacob, and David had many wives; however, Mr. Tate doesn’t seem to understand that Jesus perfected the law by restating the marriage as monogamous.

Though parts of his ideas are valid, Mr. Tate preaches a mostly prideful and self-indulging lifestyle of sexual promiscuity and materialism. No young man should ever take him seriously as a role model. Faithful men are humble and meek, chaste and self-controlling.

Mr. Orozco is a sophomore at Chapman University. He is majoring in creative writing.